I recently completed work on a book titled Rescuing Christianity from the Grip of Tradition. In recognition of Earth Day 2020, here is a short excerpt from a chapter titled Cause and Effect, which addresses human influence on the environment, and how people claiming dominion over the earth have gone so far it now presents an insult to God.

To answer the question of whether God is angry with one nation or the other, we need first to consider how we view natural disasters. Earth history has always been driven by events such as volcanic eruptions, floods, tornadoes, hurricanes, and earthquakes. These natural cataclysms have shaped the world. Some of these events we call an “Act of God” because their scale and impact is so sudden or massive that we feel moved to describe them in supernatural terms.

But the Dust Bowl was different. It was a prime example of an environmental impact caused by human influence. While natural droughts always occur on the plains, the Dust Bowl was a direct outcome of people plowing up the soil in regions that were ill-suited to their desired aims. Native plants on the Great Plains had evolved to survive in desert conditions and hold soil in place with root systems adapted to cope with a lack of precipitation. Cultivated crops offered none of those soil protections. Thus human beings were both the cause and effect of the worst problems associated with the Dust Bowl. That human impact upon the environment is now described as anthropogenic change.

The world is witnessing even more natural disasters caused by human activities. The increased frequency and intensity of storms and droughts, floods and heatwaves, tornadoes, hurricanes, and sea levels on the rise were accurately predicted by scientists studying the possible impacts of climate change. Much like the case with the Dust Bowl, the Earth’s overall capacity to repair and replenish itself in the face of human onslaught is being exhausted.

Given the wide range of deleterious effects caused by human activity, one can logically argue that the human race constitutes a plague of its own. The world’s human population currently stands at 7 billion people. The United Nations projects that the human population will reach 9.8 billion people by the year 2050 and 11.2 billion by 2100. At what point does the human toll on the planet reach a tipping point? 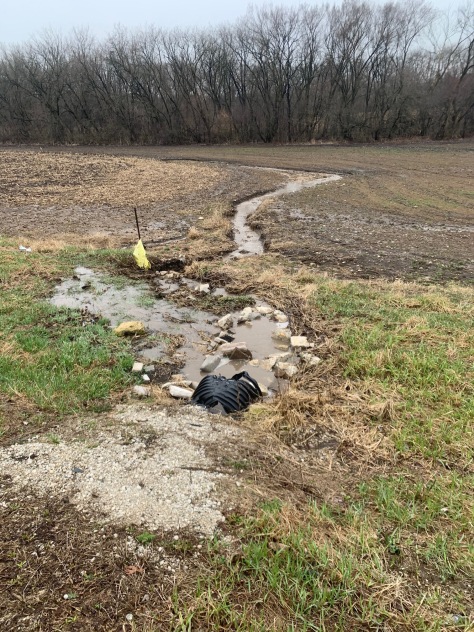 The Earth’s capacity to sustain life and replenish itself is being sorely tested. Fish stocks around the world are suffering steady depletion. Coral reefs that act as fish breeding grounds are dying due to ocean warming. Plastic waste pollutes the ocean, killing fish and cetaceans that ingest it. Nuclear radiation from Japan’s damaged Fukushima power plant spreads across the Pacific. Drought-driven fires in Australia burned millions of acres. Fires set in Brazil’s Amazon jungles to clear rainforest for agriculture rob the world of oxygen-producing trees and plants. The planet is groaning under the burden of sustaining human consumption and greed.

These are all the outcomes of human influence over the environment. In combination, they threaten the existence of life itself. That is an insult to God’s creation.

Christopher Cudworth is author of the book The Right Kind of Pride: Character, Caregiving and Community available on Amazon.com.

50 Years of Running: It’s about time I raced again, and what fun!

50 years of running: Saying goodbyes and taking on a new life