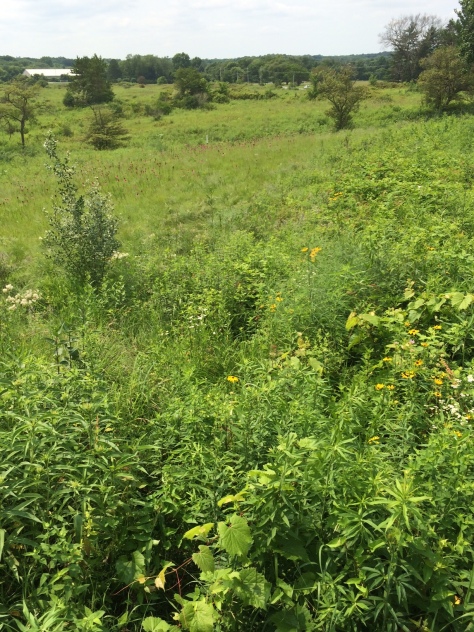 I just finished reading the book Wild by Cheryl Strayed. Many times I’ve watched the ending of the movie made from the book. I liked Reese Witherspoon’s portrayal of the author. The thrills and the sex and drugs. The pain at losing her mother, portrayed by Laura Dern. The lost feeling that followed. Her divorce that was more like two boats drifting apart.

And then the hike up the trail from California to Oregon. Recovering, what? She did not know going in how difficult it would be. The pain of hiking. The busted up feet. The callouses on her lower back that felt like leather.

I’ve read other “journey” books and really liked them. A Walk in the Woods by Bill Bryson chronicled his hike up the Appalachian Trail. His journey was more about the doing than the catharsis. But it wound up being a catharsis just the same.

In every journey book there is a similar dynamic. Isolated from everyday life, the lead characters wonder, sometimes with guilt, sometimes not, what might be going on back where life is normal.

For Cheryl Strayed, it was getting away that mattered. It was everyday life that had trapped her with its sorrow and its temptations. She’d done heroin and slept with a bunch of men. Ached for her mother, but it did not bring her back.

The point here is that life itself is a trail. That’s what Strayed discovered in the end. That the trail is wild, and that life is wild too. We can’t see around the next bend. Sometimes can’t see the next step we take.

I recall a moment in church when our pastor spoke plainly about the fact that not every service or moment will seem sacred or religious. It’s like there are mountains or peak experiences in our lives, and sometimes we get to feel them. Be there. Raise our consciousness. Yet there are a lot of days putting one foot in front of the other.

The year gets marked that way at church. There are days when the Youth Group sets out geraniums to purchase in spring. Then here are long strands of pine boughs to buy and hang on my white fence out front of the house in November.

Holidays come along like that too. They add up too quickly. My late father used to joke every January that the year was almost done. “You’ve got Groundhog Day and Valentine’s Day. Memorial Day, the 4th of July and Labor Day. Then Thanksgiving and Christmas. Yup, the year’s almost over.”

And of course, he was always right. But some of us add in a few more days than that. Mother’s Day just passed. That’s the day when all the mothers I know take quiet stock of their children and their own moms. They stand between these two worlds in hope that someone notices. Fortunately, many do. There are not many holidays as poignant as Mother’s Day. So what if it is a Hallmark occasion. Whether you spell Hallmark with a capital H or a small h does not matter. We need our hallmarks. Otherwise, the years go by and we do not know where we are.

There were several moments in the book Wild when Cheryl Strayed wandered off the Pacific Coast Trail. At other times, the path was covered with snow, or littered with the debris of forest clearcuts. She had to make decisions in those moments. Where to turn. How far to go even when you know you are lost.

Years ago I went out for what was supposed to be a short run during a stay in the north woods. I took off in just shorts and shoes and a thin tee shirt, like I always do. I ran a familiar trail and it turned into another familiar trail and then suddenly it was no longer familiar. I’d missed a turn somewhere. The sky was flat and gray. No sun to mark the direction south. And as I continued running I’m sure there were trails I missed that would have brought me back home. But I ran for nearly two hours that day, stopping to get some bearings and realizing it was somewhat hopeless.

Finally, I noticed my own footprints back the familiar path, and things shifted. The world was coming into focus as if seen through a projector. Then I ran the two miles back to the lakeside resort where we were staying.

I had been lost, and was found on my own. Not through any grand effort or intellect. Nor was there any discernibly divine intervention. I was not in desperate straits. Just a little tired.

Sitting by the lake that afternoon with my children playing in the water below my feet, I looked out at the water and up at the trees. An osprey flapped past carrying a big fat fish. It all seemed wild, yet tame at the same time. That’s sometimes all we want from life. That life be somewhat predictable. But a little wild, too.

The sensation of running

A life in the world of table tennis

What kind of engine do you have?

We're all like geese and coyotes and Cooper's hawks

Those moments when you realize you're alive