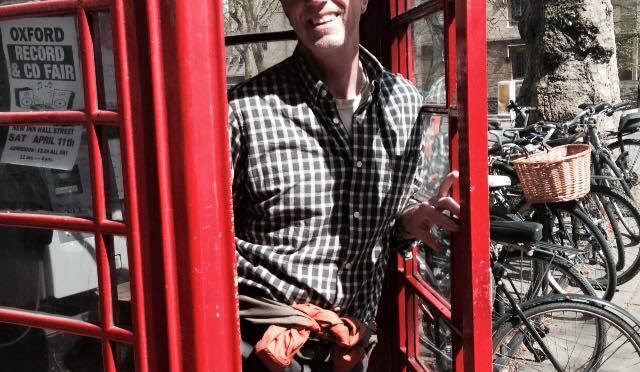 It used to drive my wife and children nuts. My propensity for talking to people. Yet I’ve done it so long and learned so much by talking with people that I refuse to stop.

Just last week I talked with a guy that sat down across from me in an airport. His vest had an interesting logo on it. I struck up a conversation and learned that he represented an organization that protects wild lands out west. I’m scheduled to interview the Executive Director to do an article and pitch it to a magazine.

I especially talk to people who are out walking their dogs. I will stop during a run and pet their dog, asking permission first. I’ve met a lot of nice people this way. And talked to a lot of dogs. Generally, they appreciate the butt scratch I give them. I do not try to scratch the butt of their owners.

I talk to people while I’m out shopping for groceries. Obviously, I talk with people at church too. One feeds the belly. The other feeds the soul.

We talk to each other in new ways these days. Facebook. Twitter. GMail. Linkedin. Met a lot of interesting people these ways too.

There are days I talk to friends out of need. But sometimes that applies to strangers too. It’s amazing how consoling a conversation with a stranger can be sometimes. Then they’re no longer a stranger. I’ve helped people get jobs this way. Referred them to people they might like to meet. And learned about interesting opportunities along the way.

I talked with a woman in the swimming pool at the health club a couple months ago. She swam with her head above water and wore a modest suit. Her son was whaling away in the other lane, happy to be swimming hard. I learned that her husband was recently admitted to a facility where his health issues could be watched closely. They were making the best of things, but it was hard. After I got out of the pool, the mother and son showed up outside the locker room and we talked some more. I encouraged her son in his swimming. He was only in eighth grade, a bit soft in face and body. We all go through that phase. I told him that his swimming was really good. He smiled. In loco parentis. We do what we can. It’s a form of caregiving for the world.

I talk to people sometimes out of anxiety. It’s a release of sorts. Worry eats at you. So does fear. Talking to other people can keep those vexations at bay. Until you gain control.

When people share concerns I try to listen rather than talk. And if they seek advice I try to relate, but not replace their worries with mine. But I’m not perfect. Sometimes flaws show through. Yet nothing makes me happier than when someone says, “Thanks for listening” or “Thanks for talking.”

I’ve talked with teammates during long runs and tried to figure out life along the way. It’s a fact: Every new day is a puzzle, and we only have this part of the puzzle to consider while we’re awake. That entire scenario is a puzzle to me. So I try to puzzle it out by talking with other people.

Sometimes you get rebuffed. People don’t want to talk. Think you’re an idiot. Don’t give a damn what you think. Disagree with your religion or politics. Hate you for being a man, or a woman, or some type of either. When you try to breach those barriers you become a problem in their life. Fuck off. Don’t try to change my thinking. You get the message. No more talking. You move on.

But still I keep talking to people. It’s worth it no matter what. It’s the only way I can hear myself think sometimes. Funny how that works. And why.

50 Years of Running: It’s about time I raced again, and what fun!

50 years of running: Saying goodbyes and taking on a new life