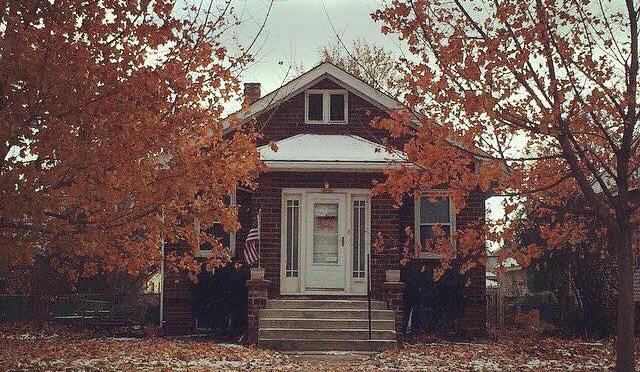 There are tons of things that I thought I’d be in life. Being a widow is not one of them.

When I was a kid I had dreams of being a pro athlete. Then in college, I dreamed of becoming a college All-American in running, and that happened on a team basis.

Then I went on in life, becoming a writer, an artist, an environmentalist and a liberal Christian. Some of these things have earned me friends. In other cases, enemies. It’s only proof that there are some things we seek in life, while others come our way no matter what.

And yet, becoming a widow was not one of the things I ever imagined happening.

Not so early in life, anyway. Three years ago this March my wife passed away after eight years of chemotherapy, surgeries and side effects resulting from all those cancer treatments. Cancer finally migrated to her brain, for God’s Sake. That was December 26, 2012. She submitted to brain surgery and radiation, but the tale was already written. Bravely she stood before mortality and only briefly did she admit that might not work. Three months after that numbing, post-Christmas diagnosis, she passed away in her own home in the company of her two children and husband.

Thanks to her strength, we enjoyed eight years of survivorship together. However, I must admit that the first day we learned my wife had ovarian cancer was the day that I began imagining life without her. There is no way not to think about that. I remember crying in my car, sobbing after hanging up the phone, wondering if I’d have her a month, a year or a lifetime. The answer was: “All of the above.”

With each successive, concussive treatment for cancer, that reminder or her challenges got a bit stronger. As time went by, the cancer came back repeatedly. It was like a ping-pong ball bouncing on the table., Rap….Rap….Rap..Rap..Rap.RapRapRapRapRap…until it became evident we were not going to kick this thing.

So truth be told, my brain began to recognize that I would be a widow well before she ever died. That’s an unfair advantage in grieving compared to those on the outside the widow sphere.

However my active role and belief were different than that. We maintained hope despite this developing realization that the cancer was so persistent. After all, who was I to determine the length or outcome of her determination? Miracles do happen. Miracles did happen. Multiple times over. We were grateful for that.

What you lose when a spouse dies is a big component of your personal history. A simple act like putting ornaments on the Christmas tree is not the same when the person with whom you’ve spent 25+ years is not there to corroborate their origin. You hang those ornaments with echoes of conversations past. Yet you live in the present. There is no escaping that.

So you carry on as a widow, because that’s what widows do. Initially that feeling of separation occurs on many fronts. You want to honor the memory of your loved one; parent, spouse, child or friend, and there are so many reminders in the first year or two of grief. Anniversaries and events. You especially want to respect and protect those memories for your own children, whose own unique and shared qualities are an extension of that life.

It’s as if there are Christmas ornaments hanging in every conversation you have with them. Sometimes they shimmer in the light. Some are fragile. Others are transparent. They bring laughter and joy.

It was not long after my wife passed away that I met a woman with whom I have forged a significant relationship. This was perhaps initially painful for the people in my life. My friends were immediately supportive, knowing that I enjoyed her company and we were both helping ourselves to new experiences. Yet, it was tough for people used to seeing me in the company of my wife of 28 years. These included my own children I’m sure, and my in-laws and family. They could not help be upset by the change.

Yet I know myself well, and at one point a year into my new relationship, my wife’s best friend, and former preschool director, turned to me at dinner one evening and said, “Did I ever tell you that Linda said she knew… that you would date if she passed away?”

That was like a Christmas ornament of its own. It was something my late wife never said to me. That was not really her style. But it meant quite a bit to hear it from so close a friend.

As I’ve taken Christmas ornaments off the tree this year and put them away as carefully as possible, it has become obvious that there is a dynamic at work in all our lives. We’re all widows in some sense. Memories are often attached to things, and things are attached to experiences. We lose grandparents and parents and people we love. We end marriages or relationships in love and work. Along the way we try not to misplace, damage or otherwise abuse the better ornaments of their memories. But it’s tough to do.

On a broader scale, being a widow is also like being an architect. You build these experiences in your life. That’s where your memories reside. But you must learn that it is not necessary to knock down one building to create another, nor should you.

After all, we don’t often live in the same houses all our lives. Yet we keep the memories of those homes in our minds, or feel them in dreams, our imaginations and ourselves. Because that’s the real place where we live. It’s a process of grieving the past while embracing the future.